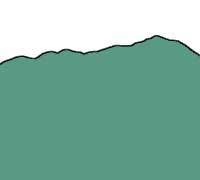 In the last dark week of February of last year, we learned of the death of a friend. The news of the sudden death of Andre Dubus passed through those of us who loved him -- and there were many -- like a seismic wave, a lurching, undulating reality that left us unsteady on our feet for long after the moment passed. Even knowing Andre and all that his rich life encompassed had not prepared us for his passing.

In these offices, we knew Andre well and had published him many times since 1986. In that red-letter year, it was our great pride to have bought and be readying for publication his moving short story “Blessings” when word reached us that he had been struck and nearly killed late one July night. Traveling on I-95 outside of Boston, Andre stopped to help a distraught motorist and in doing so, was hit by a passing car. As a result of his generous action, he never walked again. Even getting to that stable point was a heroic battle for this complex, gifted writer, who was beloved by so many and whose writing was admired by a great many more.

After the accident, Andre struggled first to be able to walk again, a hope which was extingushed by the severity of the damage to his legs. After a year of strenuous physical therapy, he accepted the chair, with some resignation. This had been one of the many challenges that followed the accident: he battled depression, was divorced by his third wife and had to fight to retain custody of his two young daughters, the youngest of whom had been born while he was still in the hospital recovering from the wounds of his accident. A lot of hills to climb, but none so great as his efforts to regain his writing voice, which left him as abruptly as did the sound of his own footsteps. He did not hide his anguish over this loss and those of us who knew him well witnessed his pain as he reached out in ways his ex-Marine self had never quite allowed.

In many ways, his accident was his transformation, his crossing to a completely new life. Just as he learned to carry everything he might need in a leather bag that he kept beside him in his chair, just as he learned to cook himself beans and rice (Cajun-style, of course) as he wheeled himself around in his small kitchen, and just as he learned how to swing in and out of the shower without help, Andre learned to sit with himself in stillness. And from that stillness his new voice emerged -- the deep voice of compassion and meditation, not only the voice of a man without legs but the voice of a man who came to understand why.

Following his accident, Andre published two collections. Unlike his 10 previous collections of short stories, these two were notable because they were collections of essays. Meditations from a Moving Chair followed Broken Vessels, both of which reflect deeply on his recovery and his life as a cripple -- the word he preferred to use.

But in stillness is solitude and Andre was alone a lot and he died alone, and this fact was, and is, painful to know for those of us who loved him and who tried to be with him when we could. But on that February night, Andre was alone, in stillness.

The story we publish this month, “A Country Road Song,” is the last one we bought from Andre. It is an eloquent and sensual elegy for his life as a vigorous, upright, walking, running human being. In reading it now, on the first anniversary of his sudden and still inexplicable death, I can only echo the words of his last sentence: I mourn him and I sing in gratitude for loving Andre and for being spared losing him sooner than we did: ten years sooner, or eight seasons, or three. Or even one day.